While Burt Lancaster was as big a star as Hollywood could boast of by 1958, the actor wasn’t scared to give up top billing to play opposite a screen legend […]

Barnum (1986) Burt Lancaster in the Eighties

As was the case with many of the legendary actors of the studio era who came along in the forties and fifties, Burt Lancaster moved into the television  movie during […] 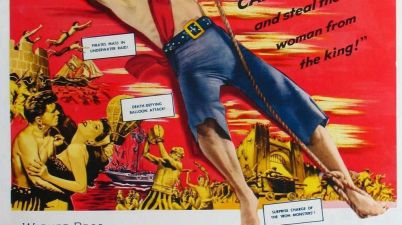 Adventure, comedy, technicolor and a rousing score with Burt Lancaster front and center! Burt Lancaster in his prime is a sight to behold. This film plays to the Lancaster strengths […]