aka….. Der Henker von London From the pen of Bryan Edgar Wallace comes this screen adaptation of his novel White Carpet by way of screenwriter Robert A. Stemmle. It’s the […]

Occupied Italy, 1943. A plane passes overhead, clearly circling for an imminent crash. German officers arrive at the scene of the downed plane only to find Italian soldiers claiming the […] 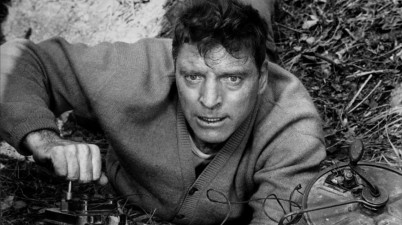 The Train (1964) Burt Lancaster in the Sixties.

For the fourth time in three years director John Frankenheimer teamed with top box office star Burt Lancaster. They had moved from a courtroom exercise, to a prison flick, then […]