One of Hollywood’s most endurable backdrops, the sport of boxing, provides the setting and storyline that sees Barbra Streisand reunited with her What’s Up Doc? co-star, Ryan O’Neal. It’s an […]

I don’t mix pleasure with business.” Not always riding the range, Rory Calhoun stars here as a not so hardened criminal in the employ of father figure, James Gregory. Gregory […]

Shoot Out represents the final western to be directed by Henry Hathaway. A man who had given us a wide variety of successful oaters including Rawhide, Nevada Smith and True […] 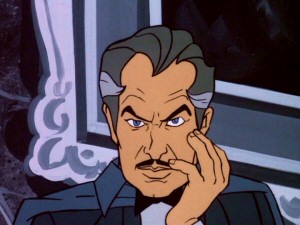 Rory Calhoun seemed to be an actor who could work well in most any genre that producers threw at him in the days of the studio system. During his early […]

Here’s a title proposed to me by movie pal Kristina at Speakeasy as part of our monthly Mad Movie Challenge. It’s one of those films that for some strange reason […]