Burt Reynolds meets Elmore Leonard adds up to mixed results in this action oriented flick that saw Burt once again do double duty taking up the directing chores as well. Not surprisingly […]

Focusing on Elliott Gould in the 70’s

Seeing Elliott Gould up close this past year at the TCM festival in Hollywood turned out to be a very fun experience. I liked what he had to say about […]

“Any resemblance between father and son is purely hysterical.” So says the trailer for this racial comedy that strives too hard for it’s laughs and social commentary despite an above […]

Taken from the Broadway play of the same name by Bill Manhoff this Columbia Films production is essentially a two character script. Sharing most of the screen time together are […] 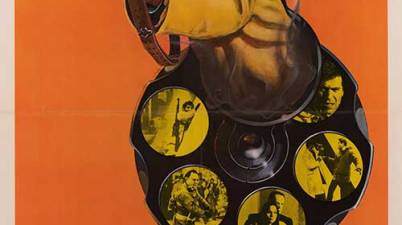 While this is far from being a top drawer thriller there are three things I really liked about it. Sadly none of them have anything to do with what appears […]

`Gather round and here the words of the King.` For this black and white POW film set during the final days of WW2 in Singapore we’re treated to George Segal […]