While the lake in the backdrop of British Columbia, Canada looks peaceful in this Canadian produced thriller, if one looks closely you’ll see scores of dead fish washed ashore and Chief Dan George looking apprehensive about something. Turns out Chief Dan is a modern day tribal Shaman who knows there are evil spirits lurking in the forests surrounding his reservation.

Cut to the big city (Vancouver maybe) and a handsome Jan-Michael Vincent partaking in some lovemaking around the pool late at night with a lady friend. Things don’t work out to well for Vincent when he falls back into the pool and some sort of long haired demon grabs ahold of him prompting his girlfriend to panic thinking he’s not coming up anytime soon. Apparently she can’t see the demon and Vincent isn’t so sure what he’s seen either.

As for Chief Dan, he’s off to the big city to find his Grandson and bring him back to the reservation. Yes, you guessed it. Jan-Michael is indeed a member of the family born to an Indian Mother and a white Father. While Chief Dan is walking the streets with an address in his hands, he’s felled by a voodoo woman named Dsonoqua sending him to the hospital thanks to her use of a wax doll made up to look like the gentle Chief Dan.

It’s while in the hospital that Chief Dan will meet a reporter played by Marilyn Hassett (coming off a classic 70’s weeper, The Other Side of the Mountain) looking for a story. Strictly out of kindness or perhaps guilt she takes the elderly gent to the address where he’s reunited with his Grandson, Vincent. One thing leads to another with his own guilty conscience bothering him, Vincent agrees to drive Chief Dan back home and as for our intrepid reporter? She tags along as well and just might get a story for her readers in the balance. 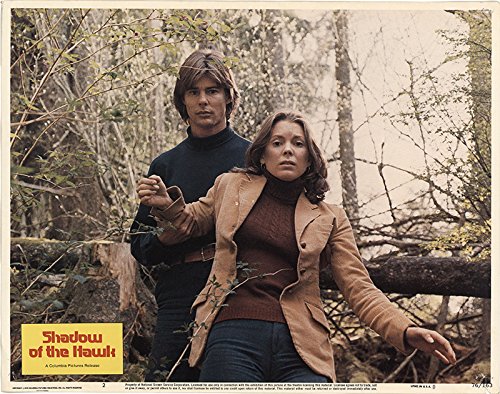 Truth is Chief Dan is getting old and wants his Grandson to become the new Shaman but he’s having none of it. Vincent thinks the spirit world is just some sort of mumbo jumbo for the elders but when a big black sedan continues to mysteriously appear ultimately driving them off the mountain road, he isn’t so sure. There’s a great f/x scene when that black sedan appears to strike an invisible wall set forth by a mysterious powder Chief Dan has laid across the roadway. Think of it as one on those crash tests when a car smashes into a wall and dummies in the front seat sometimes get damaged or crushed. Only thing here is there’s no wall. As I said, it’s quite impressive.

Thankfully there’s a hawk hovering around Jan-Michael when he needs it the most. That time occurs when a black bear decides to attack him while the trio are on foot in the B.C. wilderness. Well, it’s a bear in the long shots when a stuntman is wrestling with his prized oversized pet. In close up it’s Jan-Michael wrestling with a man in a bear suit and yes it’s all rather noticeable though if I was a little kid I’d be getting a charge out of the whole winner take all match reenacting the whole scene with the nearest dog.

Truthfully there’s not a hell of a lot of plot going on here other than Chief Dan trying to convince Jan-Michael that spirits are real while Marilyn looks on and of course falls for the eventual Airwolf of the skies on television. It’s not Exorcist scary though there is that voodoo woman who is going to make an appearance in a minor head to head battle at the fadeout but I think we all can see that coming well in advance. 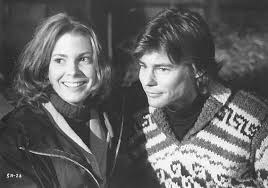 Hokey? Yeah for sure but I hadn’t seen this in years. By years I mean since the early 80’s on City TV out of Toronto. Back when Jan-Michael loomed large in this youngster’s movie going adventures. He had a great screen presence and had co-starred with a large number of my movie heroes including Bronson, Mitchum, Coburn, The Duke, Gary Busey.

Gary Busey? Got yah on that one didn’t I though they did costar together in Big Wednesday. Vincent also starred solo in the excellent 70’s actioner, White Line Fever, a film that I’ve championed for years and how about Damnation Alley! Sadly as most of you may know the future didn’t bode well for the problematic star who passed away early in 2019. 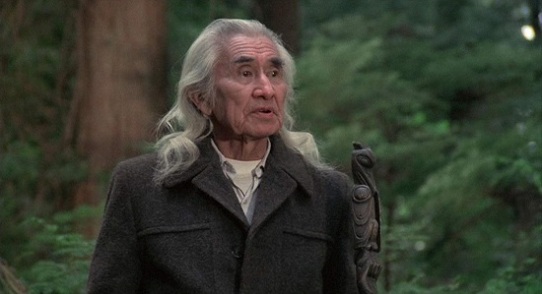 Chief Dan George was an interesting actor. Born in British Columbia he made his movie debut in Little Big Man at the age of 71 scoring an Oscar Nomination in the process. If my watching habits are any indication of the general population, he’s probably best known for his role opposite Clint Eastwood in The Outlaw Josie Wales. I dare you to try and catch him acting. He’s so natural and laid back on camera you’d think he was related to Spencer Tracy. 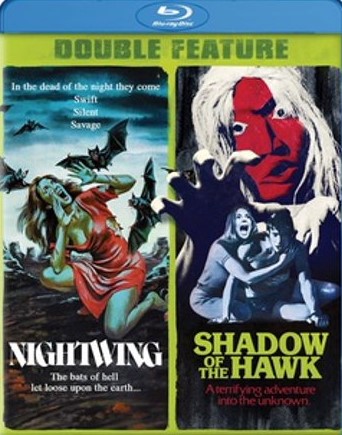 From director George (Frogs) McCowan, Hawk turned up on blu ray as part of a double feature with the 1979 thriller, Nightwing, from Mill Creek who have been upping their game as of late. No the blu ray doesn’t feature the original one sheet with every purchase but somewhere in my travels I must have picked this one up.

The Peppermint Candy of the Literature World