Yes I’ve been celebrating the films and career of Kirk Douglas since starting this online project 5 years ago so with December 9th upon us and the cleft chinned icon turning 102 years old it’s time once again to shine the light on one of my movie heroes. From Spartacus to Doc Holiday to Midge Kelly he has always captivated me from my childhood years discovering movies till now as I rewatch them. Put a Kirk movie on the TV and I’m pretty much hooked. He played the tough guy just just as well as anyone but let us not forget the famous women he appeared with on camera. So on that note let’s celebrate some of the leading ladies that I’d like to think had a great time starring opposite Kirk. Many of them iconic names themselves in Hollywood history.

First up in 1946 was Barbara Stanwyck in The Strange Love of Martha Ivers.

An early turn to comedy teamed Kirk with Laraine Day in My Dear Secretary.

In Champion he had Marilyn Maxwell on his arm so long as he remained at the top. 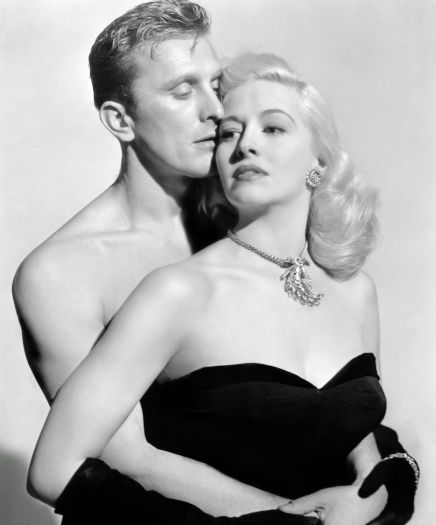 As the Young Man With a Horn he starred opposite one of Hollywood’s most popular leading ladies, Doris Day.

Sparring with Virginia Mayo Along the Great Divide. 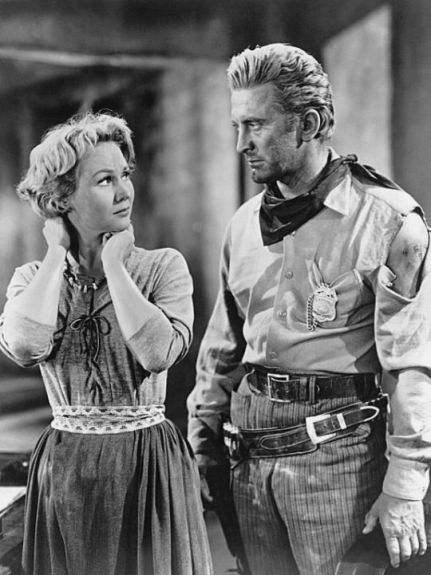 One of his best pictures The Bad and The Beautiful teamed him with Lana Turner.

For a Top Secret Affair it was Kirk and Susan Hayward.

With Jo Van Fleet by his side they brought an explosiveness minus any six shooters to the Gunfight at the O.K. Corral. 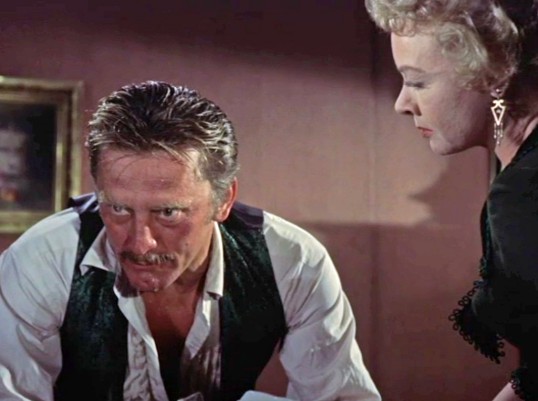 Holding tight to Janet Leigh in The Vikings with Tony Curtis lurking. 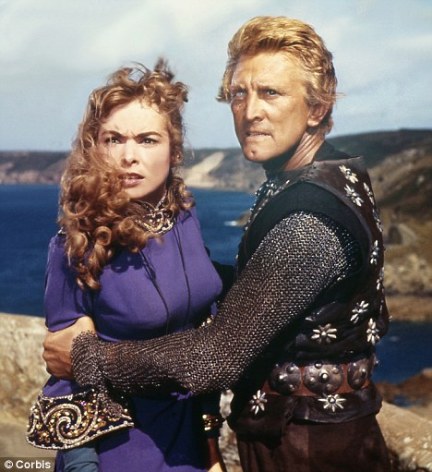 With Kim Novak in Strangers When We Meet.

With Jean Simmons in Spartacus. Honestly, I’ve been in love with Jean ever since and jealous as heck that Kirk captured her heart and not me.

Angie separated from Kirk in Cast a Giant Shadow. 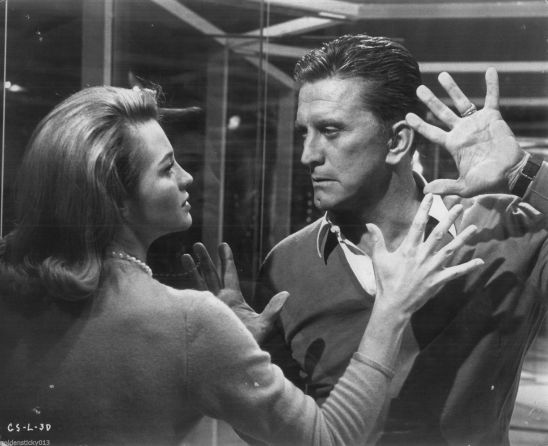 and romancing Senta Berger in the same film.

Kirk and Faye in Kazan’s The Arrangement.

As The Villain opposite Ann-Margret in this western satire. 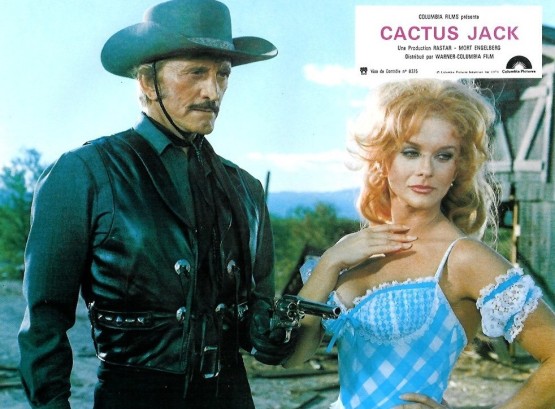 In 1980 Kirk was the envy of young men everywhere when he starred opposite Farrah Fawcett in Saturn 3. 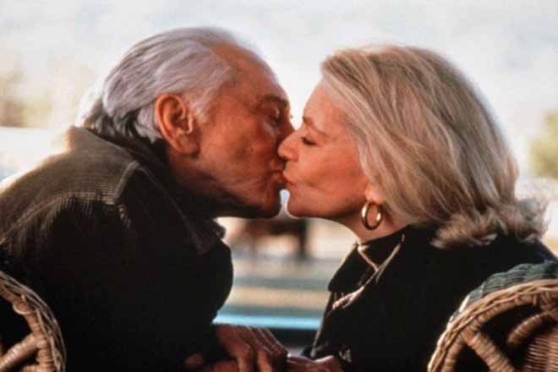 As is the custom whenever possible I dig into the vault and unearth a movie poster that suits the moment. In 1963 Kirk starred in For Love or Money with a trio of leading ladies. Mitzi Gaynor, Julie Newmar and Leslie Parrish. Here’s the original one sheet with Number 2 son doing the honors. Rather fitting I thought since my wife and I named him Kirk even though he doesn’t have the cleft chin. 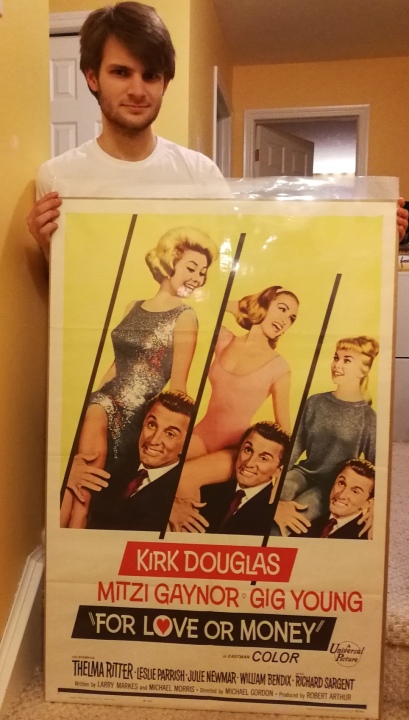 12 thoughts on “Kirk Douglas and the Leading Ladies”