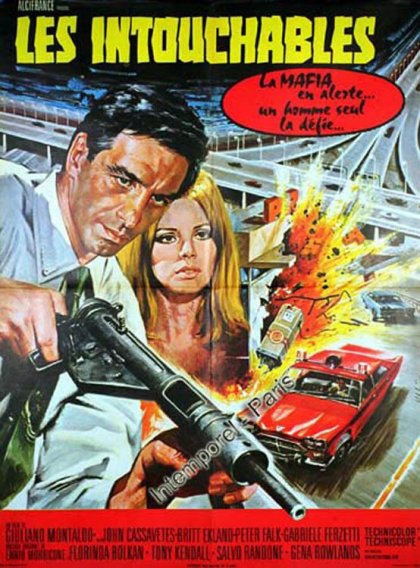 The legendary John Cassavetes was probably considered a hot commodity at the time that this Italian gangland feature found it’s way into movie houses. He’d just scored an Oscar nomination for The Dirty Dozen and also appeared in Polanski’s ground breaking thriller, Rosemary’s Baby. Both considered classics by today’s standards and while McCain isn’t referenced in the same conversation, it is a flavorful genre entry with a top notch cast including John’s wife, Gena Rowlands, buddy Peter Falk and sexy Britt Ekland. 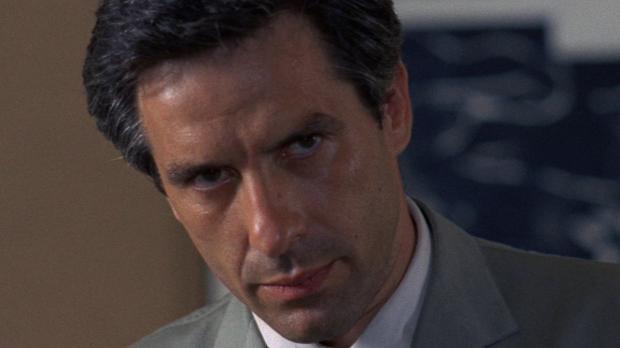 When Peter Falk decides to muscle his way into a piece of the Royal Casino in Las Vegas, he’s overstepped his assigned territory leading him to be reprimanded by mob boss Gabriele Ferzetti. Falk’s story is one of two that is going to converge over the course of the film’s 96 minute running time. The other story that drives the plot is that of Cassavetes’ McCain being released from prison after a twelve year stretch. It’s a culture shock for Cassavetes who quickly discovers that the son he barely knows has had him sprung with the intention of pulling a heist on the same casino Falk intends to make his own.

Ekland enters the story as a love interest for Cassavetes who falls into his line of work with few second thoughts. The two will tour Freemont Street which at the time of this production was the heart of Vegas. I love catching sight of the billboards in the backdrop to see who was on the scene at the time of filming. Entertainers include Wayne Newton and the Korean Palace Dancers, Harry Belafonte at Caesars along with Jack Jones and Nipsy Russell also appearing in town. 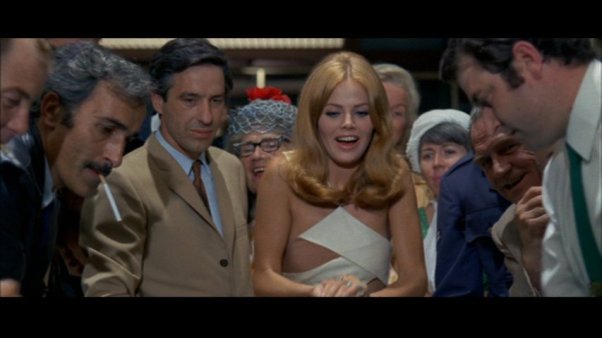 Cassavetes doesn’t trust the two hoods that his son is in deep with and the plot will thicken when we learn that it’s Falk’s gangster who is bankrolling the heist. John isn’t so easily fooled and knows someone in power is pulling the strings. He’ll get his namesake weapon from Val Avery and put it too use when Falk’s goons play too rough with his son and lay a trap to take them both out. Cassavetes is moving ahead with the heist on his own.

The main characters will converge in Vegas when Ferzetti brings Peter and wife, Florinda Bolkan along with Peter’s gunsel Luigi Pistilli to the casino to make peace with Steffen Zacharias who currently handles the casino on behalf of the boys in New York. It’s at this point that Cassavetes’ ingenious plan goes into action finding him walking away with close to two million dollars of mob money. Ferzetti wants answers and the film is about to get violent. John and Britt will attempt to lay low and get out of the country with the help of former flame Gena Rowlands while Ferzetti will call in Tony Kendall to deliver mob justice to all those involved in the heist.

McCain was directed by Giuliano Montaldo and scored by the iconic Ennio Morricone. This proved to be the second consecutive film dealing with a heist to be directed by Montaldo. The other being 1967’s Grand Slam starring the likes of Edward G. Robinson and Klaus Kinski. An Italian production McCain may have been but much of it was filmed in Vegas, San Francisco and New York.

Each actor is well suited to their character. Cassavetes proves here he could easily have gone on playing gangster flavored characters once the 70’s hit and the genre really took off culminating with The Godfather saga. I’d be hard pressed to find a better looking actress than Britt to play John’s gal and by this time Falk was right at home playing gangsters though his career was about to experience a major shift after appearing as Lt. Columbo in the 1968 telefilm, Prescription Murder. Falk had just appeared opposite Ekland in the 1967 crime drama Too Many Thieves and would go on to a long partnership with Cassavetes on Husbands, A Woman Under The Influence, Mikey and Nicky, Opening Night, Big Trouble and even an episode of Columbo where John guested. 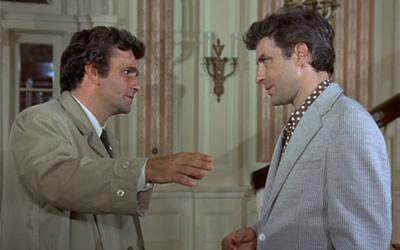 Nice to see Ferzetti as the mob boss as opposed to the railway boss I’m most familiar with. I’m referring to his Morton in Once Upon A Time In the West. A character often overlooked amidst the star power surrounding him yet his final scene in the movie is a standout. 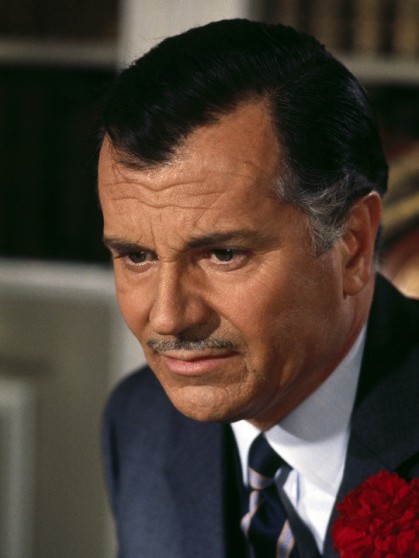 It’s the Cassavetes factor that continues to draw me in to this one and the film is a wonderful precursor to the gangland movies that were to be unleashed in the 1970’s on both sides of the pond. Available on blu ray from Blue Underground if you’re hoping to score a copy. After giving it a look, I have to wonder if you’ll agree with me that the one thing the film could have used was a bit more of the title character meaning McCain with a Machine Gun in hand. 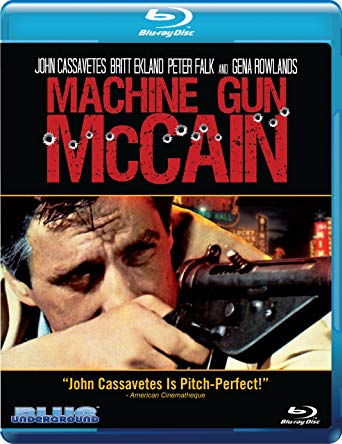