I may not be old enough to recall the days when the likes of Gable and Bogart had new movies in theater houses but I am old enough to recall a time when Gene Hackman was releasing a couple titles on a yearly basis and I sure as hell wish we could turn the clock back to 2004 and convince him not to retire. Even more so after revisiting this edge of your seat thriller that cast him opposite Denzel Washington. The two tangling within the confines of a claustrophobic sub and an impending nuclear holocaust ratchets the tension up beyond all acceptable levels. 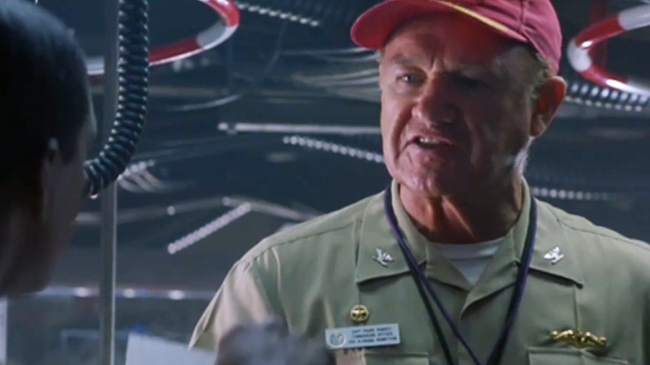 The premise of this is a rather simple one that beckons back to the 1964 thriller Fail Safe. A U.S. submarine receives orders to fire it’s nuclear arsenal at a Russian installation that has been overtaken by a renegade Russian General who it is believed now holds the codes to nuclear weapons of his own. Weapons he intends to fire at the U.S. triggering Armageddon. The men aboard Hackman’s submarine are under the belief that the end of the world is upon them and unless counter orders are received will unleash all their atomic fury upon Russia within the hour. When a new message is sent to them through channels, it is cut off before being fully received. Is there a chance the order was rescinded?

Not in Hackman’s world. But Denzel? He wants that message finalized before he is to agree upon launching a doomsday barrage against his country’s enemy. As he points out to the old guard, Hackman, in a nuclear age, “the true enemy is war itself.” 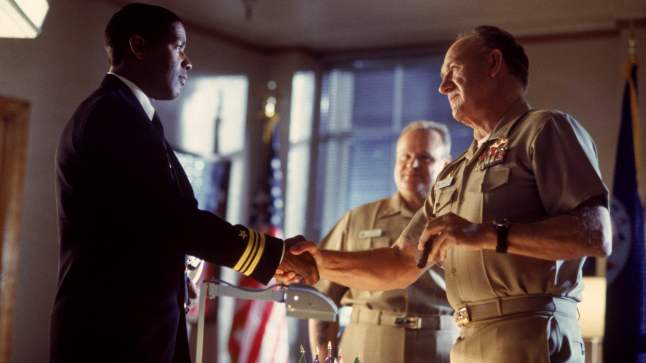 Gene’s response? “We’re here to preserve democracy. Not practice it.”

These two are not going to get along under the strain of nuclear doom with opposing opinions on the right course of action.

From the outset when Denzel signs on under Hackman’s command he’s being tested with his opinions on military might and what he considers right and wrong in terms of warfare. Hackman’s saddled with a loyal crew who it appears will follow him to hell and back if necessary. Among them Viggo Mortensen, George Dzundza, James Gandolfini, Matt Craven, Rick Schroder and Steve Zahn. An impressive cast in any film. Under Tony Scott’s direction, they turn it into a pressure cooker. 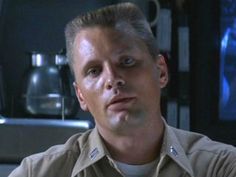 Hackman’s slow burn aimed at Denzel once the crisis is upon them is one of the film’s highlights and the two will not see eye to eye for the balance of the film. Denzel refuses to issue the orders according to military regulations that differs from Hackman’s viewpoint. The standoff will lead to who is running the ship in a time of peril and it’s Denzel who will win the first tug of war between the two. He will take command of the ship and attempt to confirm the lost transmission from Naval Headquarters. It isn’t going to be easy with a Russian sub bearing down on them to add a little extra tension to the already sweat induced proceedings.

One wouldn’t think that a submarine might be the best location to conduct a cat and mouse thriller but this film squeezes that in as well when the crew are divided as to their loyalties. It won’t be long before Hackman retakes command but for how long, I’m not saying.

Damn I say again, I sure wish we could turn the clock back to have a little more Gene Hackman in movie theaters.

Haven’t seen this one? You should. If my vote carries any weight then this one is highly recommended by yours truly.

Film buffs are sure to get a kick out of the scene between Gandolfini and Mortensen when they play submarine movie trivia. Who was the German sub commander in The Enemy Below? Was it Jurgens or Kruger? Do you know? Viggo didn’t. As for this one’s place in submarine movies, I’d say it ranks highly though I’m not about to list the top 10 sub movies. I will say that like a courtroom thriller, when they’re done well they can make for a wonderful movie going experience.

This was the first of five films that seen Denzel team with the director Scott. The train thriller Unstoppable proved to be their final teaming before Scott’s passing. The others being Deja Vu, The Taking of Pelham 123 and Man On Fire. Gene also would go on to appear in Enemy of the State that Scott would direct. Another fine thriller that had Jason Robards making an unbilled cameo as he did in this submarine thriller playing an Admiral. Scott who had directed the Tarantino script True Romance apparently had Quentin work on some of the dialogue sequences and there’s little doubt that it added to the intense interplay on board the sub.

Easy to locate on DVD or blu, give this a look for the cast involved who make it a memorable thriller. While you’re watching it, savor the Hackman factor for all it’s worth.