Out for the clichéd Sunday Drive, I dragged my “better half” to a flea market in nearby London Ontario recently and came up with just one dusty VHS tape of an Art Carney, Michael Landon flick I wasn’t familiar with. Titled Where Pigeons Go To Die it was Landon’s next to last film before passing away far too early at only 54 years of age. Landon for me was a wonderful conveyor of family entertainment on the small screen from Bonanza thru Little House. I’ll confess now to having never watched any of his Highway to Heaven series.

Back to the Drive-In story. It’s while taking the back roads home which is about an hour drive that I pulled a not so legal U-Turn on the “old highway” that used to see way more traffic before major highways took the majority of traffic away from those roads that used to connect small towns. The following photos are what we found and for me convey a sadness of a time in movie history that has all but disappeared. I can’t speak for your area but where I am located, the nearest drive-in is at least 50 kms away and wouldn’t ever dream of having anything but the latest superhero or kids film over a weekend.  Not sure about you but I can still recall ads in the paper from my childhood that had all night terrors playing on weekends that I wasn’t allowed to see and of course my parents had no interest in going anyway. But that only fueled my hunger to see them eventually.

On to the pictures.

Years ago, cars would have got in line to see what was beyond the blue fence and pull up at the stop sign to pay their way.

Once inside the gates be sure to maneuver your way around the one still standing pole that offered lights in between features or on your way out after the last feature has played to an end.

Hopefully you might find a speaker set with a good angle to the screen so keep yours eyes peeled. 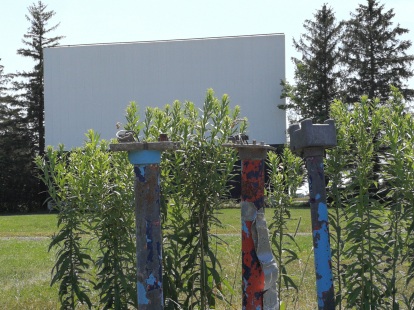 Before the show starts lets head on over to the concession stand and see what’s inside. 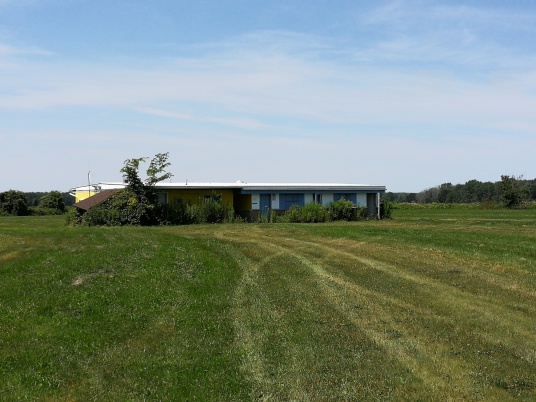 Hopefully there won’t be a long line. 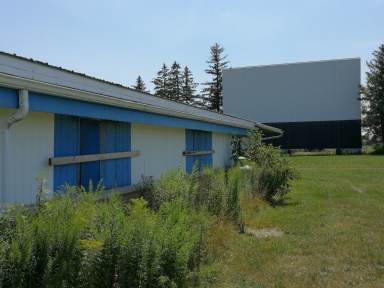 No problem at all. Why don’t you grab the popcorn. 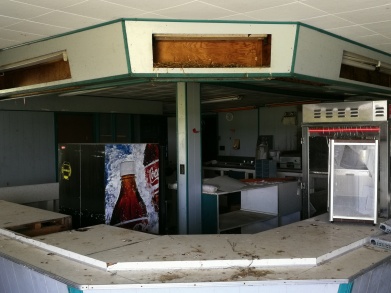 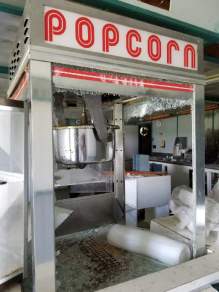 Hot buttered for me please……

Before the movie starts……. just in case. I hate to miss any part of the show. You too? 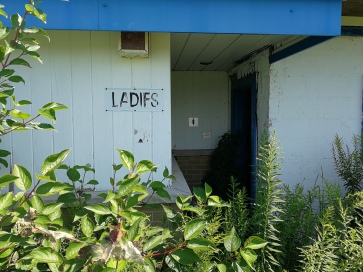 Say, isn’t that the projector room?

Wonder if we can get a look at what the projectionist sees from inside?

When our walk about the grounds came to a close, it was kind of sad to see a tangled mess of colored pipes and concrete near the base of the screen and sure enough, I could make out the teeter totter within the wreckage.

Surprisingly, I found a few keep sakes that I’d like to think I rescued from finding their way to the same resting place as the teeter totter.

Any drive-in memories to share? My first time I think was seeing Grizzly in ’76 after nagging my parents till they’d had enough. Honestly, it’s a part of movie history I wish I’d experienced more of but alas, I was born just a bit to late for the glory years of the drive-in craze.

14 thoughts on “Unearthing a Forgotten Drive-In”