It seems as if every actor has a credit on their list of roles that seems to be an odd casting. One not in keeping with their accustomed output. Case in point is to see star player and poster boy for the Hollywood musical, Gene Kelly starring here in a Boulting Brothers of England film telling of scientific research and development of a new torpedo for the allied forces. 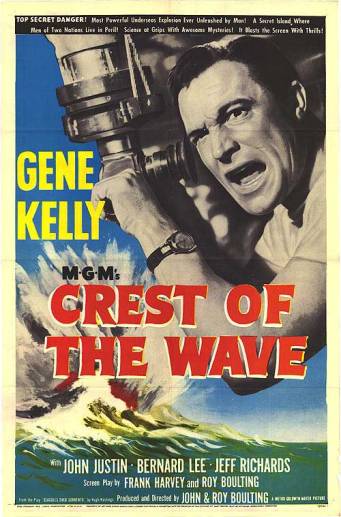 When a British scientific team’s research ends in a tragedy, the only other scientist knowledgeable enough to soldier on is American, Gene Kelly. Gene arrives on a small island off the coast of Scotland to carry on the work set forth by the former team. He brings with him 2 navy men and the trio find themselves looked upon as outsiders by their new mates. Kelly finds himself at odds in the lab with his English counterpart, John Justin while his charges, Jeff Richards and Fredd Wayne are not exactly welcomed by a quartet of British volunteers including Bernard Lee and Sidney James.

“I’m just a scientist, not a flag waving fanatic.” says Gene in response to the jealousies displayed in the lab by Justin who believes this Yank is here to take the credit for what has clearly been an English operation up to this point in time. To keep the fighting men at odds, there is a bit of a stretch in the plot involving Richards married to an English girl who just happens to be the girl that Sid James has been pining for since losing her to some Yank. It’s an excuse to keep some dramatics and fisticuffs in the plot but is a tad unbelievable that these two would cross paths on this tiny island for this particular operation. On the bright side, Sid handles the character perfectly with his gruff voice and grumpy style. Who would have thought that this solid character player would make a living for the next 20 odd years in a series of cult sex comedies. 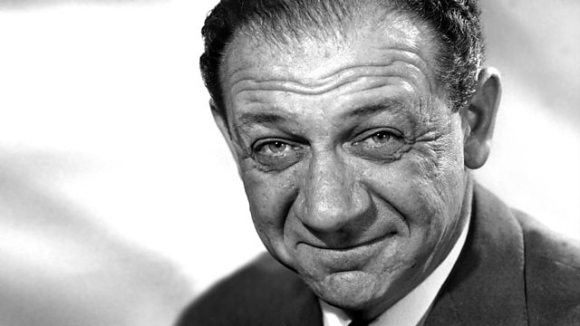 With failure to solve the problem of having torpedoes exploding before exiting the submarines imminent, the Navy brass pulls the plug on the operation after another setback results in two more deaths. Thankfully Gene and Justin have made their peace and work together to crack the issue at hand. The navy brass in fine British form are quick to point out, “This seems to put a new complexion on the whole project.” That seems like a line made for Jack Hawkins but alas, he is nowhere in sight.

With a little time and energy, I don’t think it’s a stretch to see Gene and his group of volunteers coming out heroically by the fade out of this 90 minute black and white feature. Mr. Kelly plays this in a very low key fashion of a man who has a job to do that is bigger than both him and his British counterparts. Considering that Kelly stars, Sid James is in here and it’s a Boulting Brothers film, one would almost have to assume you were sitting down to watch a comedy classic as opposed to a tale of scientific discovery aimed at bolstering the military’s power and might. One can almost assume that Kelly has been placed in front of the camera to ensure a box office take in North America. A situation that was fairly common in the early fifties when American film stars headed over seas to star in British and European films. Tax issues and studio monies locked up had plenty to do with these casting choices. 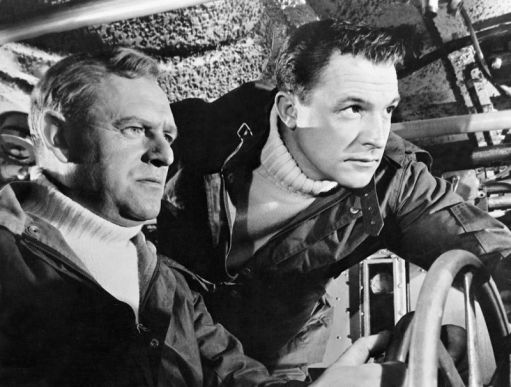 Bernard Lee as the aging sea dog turns in a polished performance as a hot tempered volunteer who has little use for the aggressive, much younger spit and polish Petty Officer who Lords over his volunteers with threats of reports and punishment for lack of duties. His final scene opposite the Officer is one sure to leave a lasting smile. 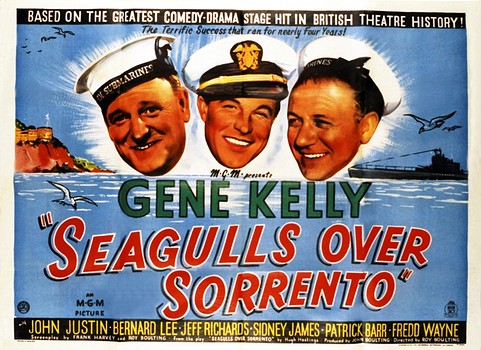 Crest of the Wave is also known under the title Seagulls Over Sorrento and plays TCM on occasion. It’s also available through the Warner Archive Collection which is how I scored my copy.