With at least two classics of the western genre under his belt, Van Heflin joined in the exodus to Europe with an international cast for a tale of gold, greed and violence.

Van plays a grizzled old prospector who along with a shady partner strike a rich vein of gold in a secluded desert mine shaft. Just as his partner is about to leave him for dead, Van gets the upper hand and blows the mine sealing it and his former partner. And so begins the long journey across the desert to civilization in a western town. He’ll have to dodge bandit’s and the struggle to survive with barely any water till he makes the river and town. 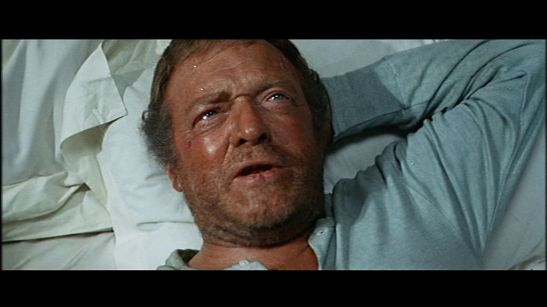 Once there he renews a fancy for the ladies and runs into an old enemy played by Gilbert Roland. They have a past where Roland believes Heflin left him to take a fall and a three year stretch doing hard labor in a prison camp. Heflin is a might stir crazy after his desert journey and has little trust for anyone. Wanting to go back for the bulk of the gold, he sends for a young man he once befriended and took under his wing. Arriving shortly thereafter by stage coach is George Hilton, the only man that Heflin believes he can trust.

The problem is that Hilton seems to have a shadow on his tail played by a popular heavy of the spaghetti flicks and director Werner Herzog, Klaus Kinski. Kinski appears to be much more dangerous than the man of the cloth he pretends to be in his black clothes and white collar. When Heflin realizes that Hilton let’s Klaus in on the secret of the gold mine and invites him to join in on the journey, Heflin feels betrayed and turns to the one man he can count on to back him up for the right price. Yes it’s Gilbert Roland. His uneasy ally.

And so the four ruthless men of the title head out into the desert in search of gold and their intertwined destinies.

While this may be no Treasure of the Sierra Madre, it is passable viewing. The four men who don’t exactly trust each other while mining the gold from the bowels of the earth do so with one eye firmly on each other while the dig goes on. The real question becomes, just which of the four or how many of them are going to return to the city a rich man and which are to wind up dead and buried in the sand.

Van Heflin of Oklahoma and Gilbert Roland of Mexico are the only two that I can tell are using their own voice in this filmed in Spain feature from director Giorgio Capitani and a script co-written by Fernando Di Leo. Di Leo went on to film some top notch crime films during the 70’s. George Hilton of Uruguay and Kinski of Poland are dubbed. Not surprising when it comes to Klaus. 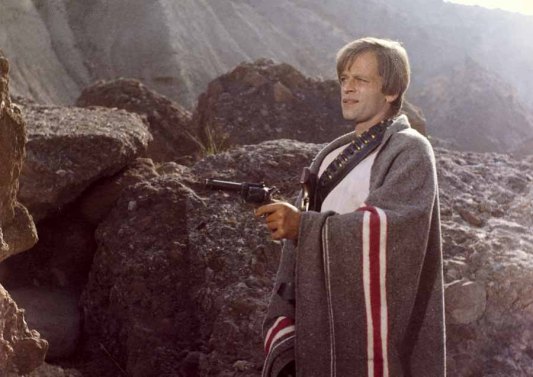 I used to be very disappointed when finding one of Klaus’ many Euro titles featuring him without his own voice. Now I just take it in stride and expect just that. A dubbed Klaus Kinski. At one point the eccentric Klaus appears riding his horse in the desert wrapped in black as if he were Omar Sharif in Lawrence of Arabia.

It’s hard to go wrong with anything featuring Van Heflin and this offers us a look at Van in a leading role from his final years. Gilbert Roland is always a pleasure but he’s lost that shine that he seemed to display in his younger days up through the fifties. He always appears tired to me in his spaghetti outings and just collecting the payday in the few I’ve seen him in. Still I chuckled when seeing him shave with his knife and keeping the whiskers trimmed.

Only in the movies. 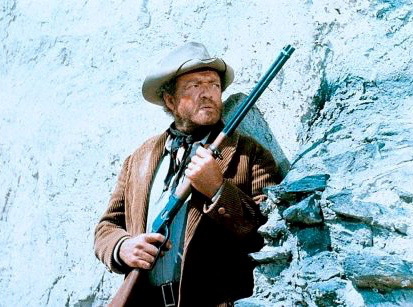 I had purchased that poster a good twenty years ago and just now saw the film for the first time. Worth a look should you find yourself in the mood for some spaghetti flavored adventure.