Using the backdrop of WW2 espionage, MGM sends dancing Eleanor Powell and Red Skelton on a sea faring voyage mixed with intrigue and big band numbers from Tommy Dorsey and a young crooner on the threshold of becoming a legend.

To set the mood, Mr. Dorsey opens the show with a few swinging numbers and Powell does her thing. Shortly thereafter, Powell is whisked away by secret agents and given the “serve your country” speech. She’s been coerced into smuggling a miniature magnetic mine on board the cruise liner she’s sailing and performing on. When they arrive at their next port of call, agents will be sure to contact her and relieve her of the mine.

Just the fact that the mine is powerfully magnetic when turned up right is a sure fire gag for Skelton’s comedy act.

Tipping us off from the get go is the fact that Powell has been duped by an enemy agent ring overseen by the well used Philip Ahn.

Mr. Skelton happens to be a hypochondriac writer of pulp novels and stories. Among his published titles are Peter the Zombie and Miss Crumpstairs Kitchen Secrets. His doctor prescribes a long rest for himself by prescribing Red take an ocean cruise accompanied by his pal and handler, Bert Lahr. This gives Lahr a chance to chase after Virginia O’Brien and any other skirt within reaching distance.

Cupid’s arrow hits a bullseye when Red and Eleanor meet on deck. When Dorsey and the band start up, the duo fall for each other to the sounds of an unbilled Frank Sinatra singing, “It’s the Last Call For Love.” Sinatra gets the opportunity to sing two numbers during the film and if I’m not mistaken can be briefly heard during the big number that concludes the film. Joining in the song and dance routines, Red and Bert give us an impromptu number around the ship’s pool, top side.

So with half the movie over we’ve got a young couple in love, Lahr doing his best at a hilarious bit of magic and enemy agents looking like the victors.

In screwball comedy style, our young lovers will have to break up due to a misunderstanding and Red and Bert just might have to save Eleanor from the clutches of the axis forces before the final fade out. 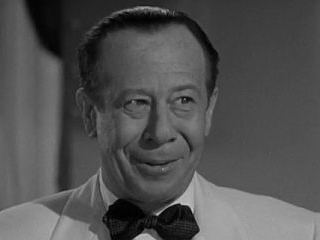 This comedy/musical effort from Edward Buzzell is a lighthearted romp that could have benefited from the use of color. Lahr gives us…..Lahr. What else. At times I find he borders on annoying but overall he comes through with that running magic bit I mentioned earlier.

Skelton has grown on me over my adult years. As a kid I know my parents would watch him on TV as a skid row bum and I really had no idea he had done movies till I started to research films. He’s good here and that magnetic mine gag comes through in spades.

Leading lady Powell gives us a spirited performance with plenty of opportunity to twirl her talents including a sexy bull fighter number. During the big finale I love the fact that she tap danced the m………. in order to tip off the good guys just what was going down. While you may have guessed what I was about to say, I’m not about to give it away. 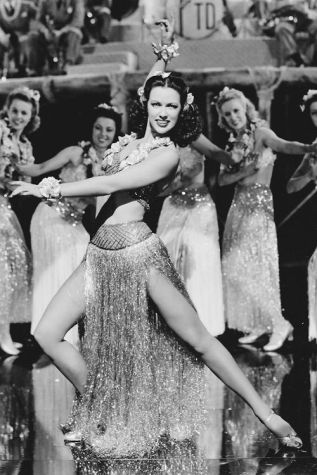 Red and Eleanor were actually on a four film run together. The others being I Dood It, Lady be Good and Thousands Cheer.

Well worth catching, Ship Ahoy is available through the Warner Archive line. And if you’re a Sinatra collector, then I guess you’ll just have to have it.