With Monogram taking over the Charlie Chan films in the latter part of the 1940’s the series was in steady decline.The death of Sidney Toler didn’t help any. Taking over the part was Roland Winters who I generally feel slept walked through the role. On the plus side there’s still the antics of Victor Sen Yung as Number 2 son Tommy Chan and Mantan Moreland as Birmingham Brown to keep me entertained.

While the film is set in New Orleans don’t expect any stock footage of the bluesy nightlife. It’s strictly offices, cars and docks as the the title points out.

When a chemist has his formula stolen through a swindling contract the three men who own the rights to it are being murdered one by one. Chan and company just happen to be in New Orleans at the time and quickly become involved in the case. What appears to be a simple heart attack victim clearly looks like a homicide in the eyes of our Honolulu detective. When he discovers a blown radio tube and the victim’s autopsy points to a poisonous gas Chan is quickly deducing the facts of the case. As are his inept helpers Yung and Moreland. 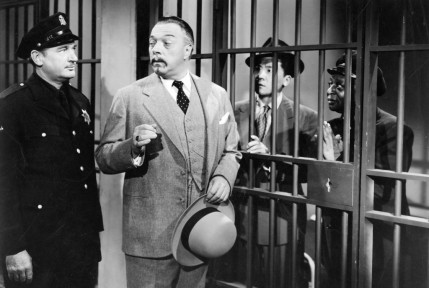 When the comedy duo play a little bit of Chop Suey Boogie on the piano and fiddle, the case becomes much clearer for Chan as he tries to piece the radio tube into the murders he’s been presented with.  Mixed into the proceedings are a trio of spies including Douglas Fowley who are themselves trying to secure the formula that they believe Chan has in his possession.

When all the suspects are gathered at the films climax Chan will use one of his favorite tricks to flush out the real killer of the three victims.

At 65 minutes this is a rapidly paced Chan film as were many of the final cases on Chan’s  Monogram resume. While it may not be fair to Roland Winters after both Warner Oland and Sidney Toler  had numerous credits under their belt, I just find his interpretation of the character offers no real warmth. Thus I’m less interested in the famed sleuth than I am in seeing the comedy relief of Yung and Moreland.

Moreland gets the opportunity to once again do a brief vaudeville sketch with Haywood Jones and his scenes with Sen Yung are well played as was customary for the wanna be crime solvers.

Directed by Derwin Abrahams this was scripted by W. Scott Darling. Darling was a prolific genre writer and has plenty of genre titles to his name including the great Chan film from 1936, Charlie Chan at the Opera. He also wrote for the Mr. Wong series, Sherlock Holmes and The Ghost of Frankenstein among so many others. 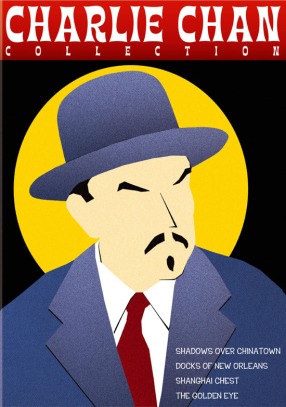 I have two more Winters titles to go in the box set released last year by Warner Brothers and look forward to the antics of Chan’s bumbling helpers. To check out some great Chan quotes and galleries, click here for some Warner Oland titles and here for some Sidney Toler ones.