Dark Shadows creator Dan Curtis teams with Jack Palance for one of the screens best adaptations of the original Bram Stoker novel.

The well known Richard Matheson is the credited writer here on a film that almost plays like a coles notes version of the novel at times. Don’t let that stop you from finding a copy of this superior film in the Jack Palance cannon of performances.

The basic plot of the novel is in place and one we have seen in numerous versions since Murnau’s Nosferatu. Jonathan Harker played by Murray Brown is enroute to Castle Dracula to offer up some real estate choices. He will wind up a slave to the vampire King and find himself confronted with the three bloodthirsty brides.

Palance is low key and deliberate here with his movements. He repeats many of the famed lines with just the right inflection of a European nobleman. “I am Dracula. I bid you welcome.”

Long before Coppola added in the reincarnation angle to the story, Dan Curtis beat him to it though he freely admits he borrowed it from his own Dark Shadows series. Palance finds that Miss Lucy played by Fiona Lewis is the image of his love from his days as Vlad Tepes in two brief flashbacks. 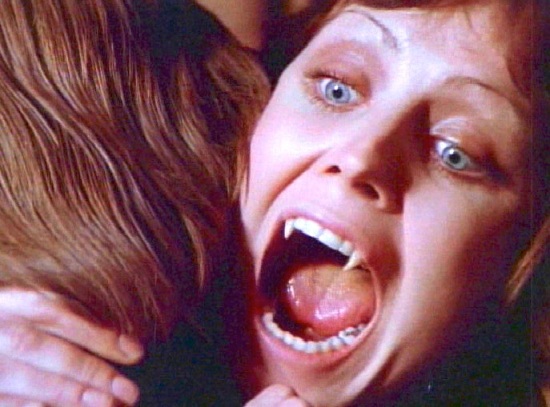 Like Hammers The Horror of Dracula much of the novel is removed from the shooting script along with characters like Renfield. That doesn’t hurt the narrative at all and like the Hammer film, it allows it to pick up speed. Simon Ward stars as the young lover of Lucy who along with Nigel Davenport as Van Helsing sets out to stop the vampire from spreading his terror throughout England.

While most of us know the general plot of the famed story there is no point in going into it here. As for the performance of Palance, he makes a powerful Count who commands respect both on screen and in the ranking of actors who have taken on the popular role. By allowing for the reincarnation plot device it allowed Jack that little extra that many of the other performers didn’t have for their interpretation up to this time. There’s also a definite connection to the Dracula of history with an amazing painting of Palance as the Wallachian ruler.

The ending of the film has a nice touch as well the way Curtis frames it with Palance in the foreground. A fallen King with the sounds of drums and an army calling his name before the painting I’d love to have as a movie prop hanging on my wall.

The on location filming in England and Yugoslavia gives the film an authentic feel and keeps it from being stage bound like some of the Stoker adaptations have been known to do. (Sorry Bela). 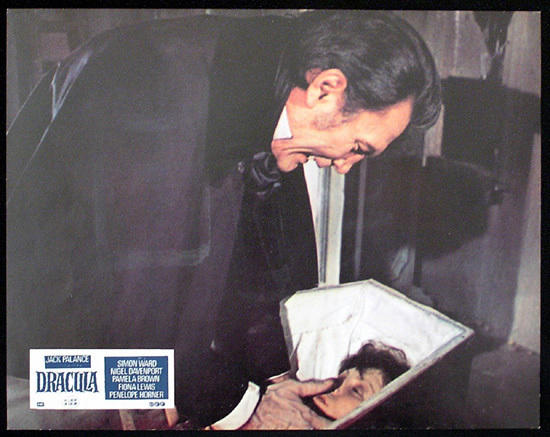 While this is a made for t.v. effort, it was released in theaters overseas. Apparently it was close to three hours in length but was trimmed for it’s network debut. I would imagine much of the cut footage would be from the center of the film as it takes a few leaps and bounds at times. It would be nice to find out if the longer version still exists.

I love to reminisce and this may actually be my earliest recollection of seeing Jack Palance. I know I saw the film when I was quite young and at any early age to see Palance as the King of the undead can leave a long and lasting impression. 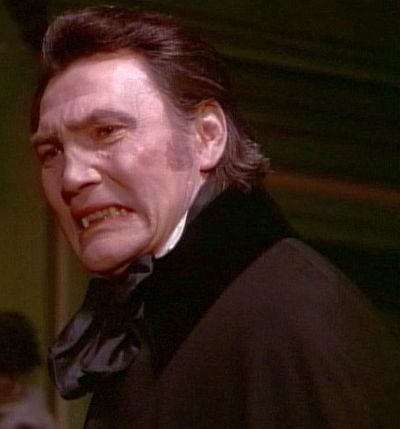 Palance had worked with Curtis previously on their 1968 version of Jekyll and Hyde which is worth seeking out along with this top drawer rendition of Bram Stoker’s classic and one of Jack Palance’s finest roles.

The Peppermint Candy of the Literature World