“It was five long years since I’d been here but nothing was changed. From every corner memories came back to me. Things I’d hoped I’d forgotten.”

So says Fred MacMurray’s narration as he arrives by plane in the film’s title locale, Singapore.

Don’t you just love these voice overs in the theater of Noir?

This Universal International production jumps right into a flashback to set the course of the present. It seems Fred was in Singapore at the outbreak of the Japanese invasion during WW2. He’s met the most beautiful woman in the world in Ava Gardner. They embark on a whirlwind romance that is about to lead to marriage when the bombs begin to fall from the sky. 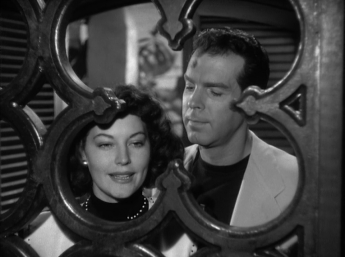 The war really complicates matters for Fred’s plans. Not only is he in love but he has a stash of pearls in his hotel room that he intends to smuggle out of the country under the nose of customs watchdog Richard Haydn. The battle zone has cut him off from his hotel and to make matters worse he believes Gardner has been killed during an air strike.

This pretty much brings us back to the present. Fred has returned following the war to retrieve the hidden pearls. Shady Thomas Gomez wants in on the action and Hadyn easily sees through MacMurray’s plans. Now the shocker. Ava is alive and well.

The problem for Fred is that she is an amnesiac. She has no recollection of their passionate affair or the hidden pearls. To top that off, she is now married under a new identity. Our script from Seton I. Miller has given Fred plenty of obstacles to overcome.

By the time of this film, director John Brahm was coming off two outstanding films with The Lodger and Hangover Square but this time the script slowly deteriorates letting both him and us down. With a tweak here and a slight change there, this may have turned into a memorable addition to the Noir genre. It has the right ingredients of both MacMurray and Gardner to get us there but ultimately comes up short due to a tacked on ending that is more or less laughable. Too bad. For a better slice of far off locales and Noir you’re better off watching Macao or how about Ava opposite…….yup Charlton Heston. Cameo time. 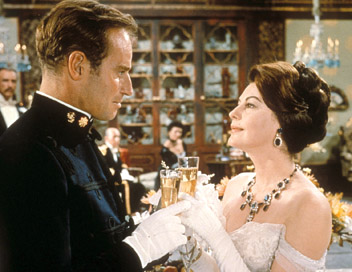