I can’t recall seeing a film from the thirties with so many blatant scenes of suggested sex. That’s s-e-x. Barbara Stanwyck style. Only in a pre-code era film.

Time for my monthly challenge ( see previous challenges here) from movie pal Kristina at Speakeasy. She has a love for the pre-code days of tinsel town and this time out has assigned me an early film from Hollywood great Stanwyck.

Barbara opens the film welcoming a group of sweaty men into her home where her father has a bootleg operation in full swing. Not only does he produce his own brand but uses their home as an underground drinking hole that is protected by a local politician.

Things get a bit nasty when it becomes painfully obvious that her father is more than willing to pimp her services to our local representative in order to keep his silence on Dad’s underground operation.

When fate prevails freeing Barbara from the chains at home she takes some crude advice to heart. “Use men to get everything you want!” This becomes her modus operandi. 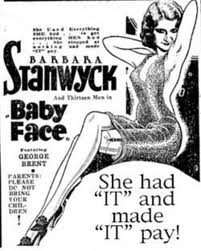 She wastes no time in hopping a train boxcar with her servant girl played by African American actress Theresa Harris. I know this is a pre-code film so maybe I’m looking for too much here but there sure seems to be a hint of sexual tension between the two of them. Especially when Barbara protects Harris from those who want her to get rid of her.

Shockingly, Miss Stanwyck begins to use her sexual favors right from the moment they hop on the train when a rail worker discovers them hitching a free ride. There is no hinting about her intentions here as there would be in films of the future. She closes the door on the boxcar and moves to the hay in the corner.

Once Barbara hits the big city it’s all about her rise to the top and the men she uses to get there. First it’s the tubby employee at the bank to get a job. Next up it’s the Duke himself. John Wayne in a brief role as another of Barbara’s conquests.

She has soon passed him by for the mortgage specialist who is promptly let go for gross indecency. Then comes Donald Cook and finally her sugar daddy the bank president.

The higher she climbs the more gorgeous the outfits from costume designer Orry Kelly get. When things go to far and Barbara has one ex lover kill another she is exiled by the bank to Paris and labelled as poison. 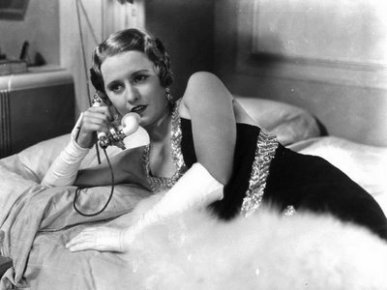 Enter leading man George Brent. He’s the new playboy in town turned bank president. Living a life of luxury he can’t help himself where sexy Barbara is concerned. She sees Brent as the ultimate meal ticket and marries into money securing her financial safety and begins to stock pile the jewels, furs and savings bonds. What could possibly go wrong?

We’ll find out when Brent’s financial empire crashes and he turns to her for help.

Stanwyck is one cold fish this time out. She chews up her men and leaves them longing for her after tossing them aside. Yes, even the Duke. There’s an extremely large model used in the film of a large skyscraper. As Barbara climbs her way up the society ladder so does her room in the building till at the film’s climax she is in the penthouse where she had her sights set upon arriving in the city at the outset.

This is an early Warner Brothers production that was directed by Alfred E. Green. Green was a workhorse from the silent era up until his pace slowed down in the forties. He visited most genres over the years including comedies, westerns and early John Garfield titles like East of the River.

George Brent was a notable leading man at this time and would settle quite nicely into a number of Bette Davis films. You might say he was an actor cast in films associated with starring actresses as opposed to them appearing in films opposite him.

Dracula fans will be sure to spot unbilled Edward Van Sloan as a member of the board at the bank. Van Sloan was the first actor to take on the role of Professor Van Helsing in the 1931 feature.

As for our leading lady Miss Stanwyck, this film falls in line with many of the characters she would play in the years ahead. She forever seemed to be portraying tough women who used men to get ahead of whatever it is she was up against. Gangster roles, drama, westerns. She did them all. Even later in her career she was still playing tough opposite Elvis in the film I first remember seeing her in as a kid, Roustabout.

Baby Face (you’ve got the cutest little baby face) is a wonderful example of what was in films before the industry began to police itself in 1934. Films like these weren’t even fit for re-release due to the subject material and would be locked up for many years till the rules began to slacken on what was appropriate for our viewing pleasure. 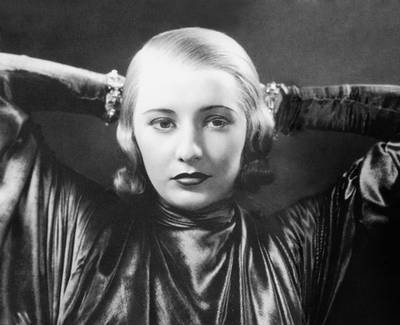 As for Kristina at Speakeasy, head on over to check out a film I haven’t seen in years but fondly recall that once again shows the versatility of Edward G. Robinson.