Steve Reeves as The Son of Spartacus! 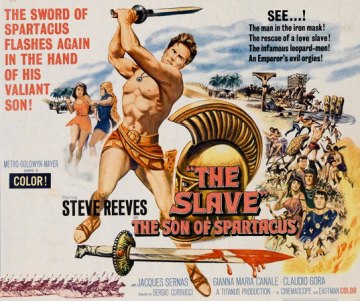 This Italian production from director Sergio Corbucci surprised me in that it’s a whole lot more enjoyable than it has any right to be.

From 1958 to 1964 strongman Steve Reeves played Hercules among other muscle bound characters in a handful of Italian films dubbed into English for the North American market. This time out he’s the son of Kirk Douglas and Jean Simmons who finds himself a Roman soldier that comes to realize the medallion around his neck since birth is the mark of his birthright. He is truly the son of Spartacus and Varinia the former slave girl of Crassus. 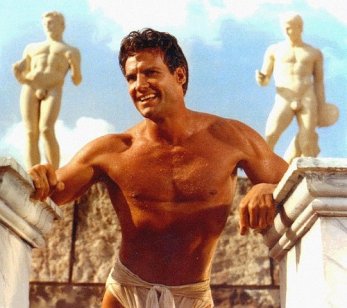 Not like other Roman soldiers, he has a tendency to feel pity for the abused and tortured. Especially when it comes to the slave girl Ombretta Colli.

Accepting his heritage the film turns towards a Zorro slant where a masked figure on a white horse begins turning the slaved and impoverished free from tyranny. Taking over for Olivier as Crassus we have Claudio Gora who has set his sights on overthrowing Caesar to rule Rome and the world. His first order is to find the mysterious rider who is invoking the spirit of Kirk Douglas…..I mean Spartacus by leaving a huge S on walls and in blood on slain soldiers chests. Can you see the Zorro connection better now?

It all plays out to a satisfying conclusion with a great comeuppance for Gora’s Crassus that makes for a nice rainy day viewing.

Compared to some other Peplum productions of the day, this plays much better than most. It’s filmed in Egypt in parts at the foot of the pyramids which adds some scale to the proceedings. It also employs large crowds that don’t appear to be left over footage from Quo Vadis.

Leading man Reeves excelled in these epics and needless to say was built to look like the gladiators we imagine from Roman times. He had worked previously with Corbucci on Duel of the Titans which had also employed that other strongman, Gordon Scott. Reeves would basically pull up stakes as the Italian industry moved onto the Leone westerns and all it’s imitators. 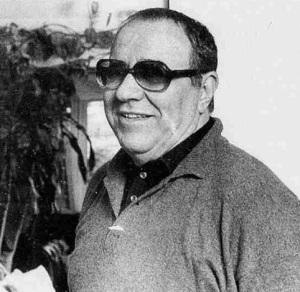 Corbucci directed scores of flicks and for todays audiences it should be noted that he directed Django. The original film with Franco Nero to employ the name that has of course been brought back into the mainstream thanks to Tarantino.

This one is out through the Warner Archive Collection.