A very suitable title to this Carole Lombard film where she stars as a manicurist. She’s out to hook a millionaire and live a life of luxury. In her opinion it’s the money that counts, love is just an afterthought. 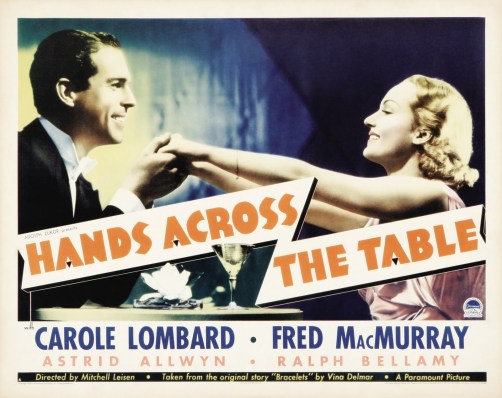 This was the first of four outings that teamed Carole with likable leading man Fred MacMurray. After a chance meeting in a hotel lobby, Carole is convinced that Fred is a bit of a nut and brushes him off. That is until she finds out he’s the son in a rather wealthy upstanding family. Before she knows it, Fred makes a play for her but in a drunken stupor let’s it slip that he’s engaged to be married. After he passes out in their cab she has no option but to have the driver dump Fred on her couch. Then the real problems begin. Fred was supposed to catch a ship for Bermuda and all his belongings and cash have made the trip without him. With no alternative she lets him crash at her place till the steamer returns with his belongings. 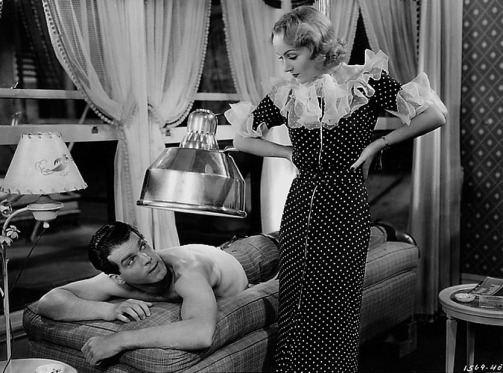 It isn’t long before Fred confesses he hasn’t a dime to his name and lives off the family’s reputation. He himself is marrying into money. Carole can’t help but laugh at the irony of it all. With Fred’s carefree attitude about life in general, Carole is having a wonderful time with her new house guest. But if she’s going to marry into money……..

Turning up as the voice of reason in a fatherly role is Ralph Bellamy playing a wealthy client of Carole’s who is bound to a wheel chair. Her frankness and attitude have raised his spirits and brought new meaning to his life. He’s the millionaire suitor right under Carole’s nose and would give her her wish in a heartbeat. It’s obvious he’s in love with her and understands that with her it’s the cash first. Then again, if you are at all aware of Ralph’s career then you should know that he always comes in second in these love triangles. 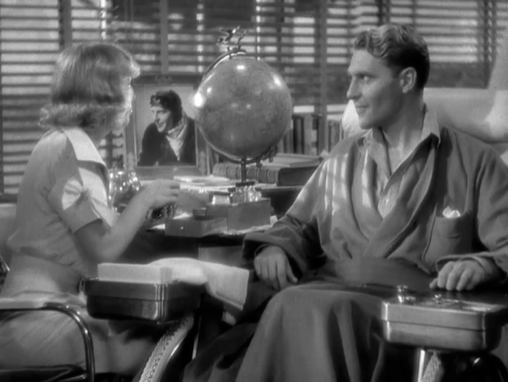 Mitchell Leisen directed this film for Paramount and would go on to direct our two leads in their third collaboration, Swing High, Swing Low. The other two titles that teamed Fred and Carole were The Princess Comes Across and True Confession. The last of which brought along The Great Profile, John Barrymore as well.

There is a noticeable difference between this “screwball” comedy and those made before the “code” was ushered in. The script plays it safe if you will. That isn’t to say this is not an enjoyable outing, just a wee bit tamer. There’s a wonderful bit where William Demarest shows up at Carole’s door for a date. Door crasher Fred welcomes Demarest in while wearing only his underwear and proceeds to confuse and ultimately terrify Demarest as he flees the apartment. All to Carole’s delight. Of note here is that Fred and Demarest would join forces years later on My Three Sons .

The final gag is a classic at the fadeout that involves the flip of a coin which should put a smile on your face as you reach for the remote.