When it comes to the violent films of the seventies they seem to be so much more realistic then films from other decades. Perhaps the trend started with Bonnie and Clyde then moved on to The Wild Bunch. When the seventies hit Dirty Harry and Death Wish splashed across the screen and Sonny Corleone learned the meeting of a set up.

Joe Don Baker is the mountain of a man cast as Buford. Previously a pro wrestler he has moved his wife and kids back home to Tennessee to work alongside his own father at the mill played by Noah Beery Jr. The town is not what it was when he left. Corruption has taken over. From “on the take” sheriff Gene Evans to a prostitution ring, Baker doesn’t like what he sees. 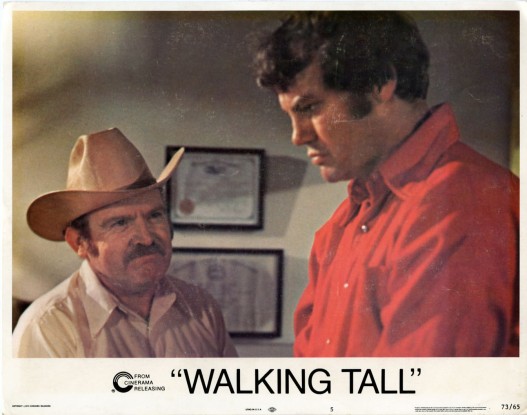 Before he knows it he is beaten and butchered with a knife then left for dead on the side of a highway. All for exposing a crooked game of craps at a local gambling hall. With Evans claiming there are no witnesses and his refusal to make any arrests, Baker sets the plot in motion delivering his brand of hillbilly justice. Vigilante style. 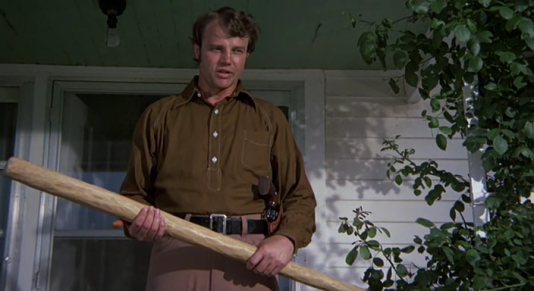 Baker moves into the sheriff’s seat and attempts to clean up the criminal element that won’t budge easily. Kenneth Tobey’s still operation and the owners of the gambling hall are not above killing anyone that gets in the way of the profits and freedom they are accustomed to.

This sets the stage for some pretty heavy violence. Bloody, sadistic and brutal.

I hadn’t seen this in quite a few years and don’t think I have ever seen an uncut copy. The first time I saw it would have been on late night tv and heavily edited. Now on blu ray all the brutality and blood are restored and overwhelming at times.

Long time director Phil Karlson was behind the camera for this blood fest. Karlson got his start doing Charlie Chan films and gave us a great Noir with Kansas City Confidential. He would do one more film before retiring. Framed in 1975 which also starred Joe Don Baker.

Baker had the size to play this role and does it well. I have always enjoyed seeing him turn up in films and think he has been somewhat undervalued throughout his career.

The Walking Tall saga has turned into a franchise over the years. In name only. Bo Svenson took the lead in a couple of seventies sequels and then there were tv movies and a shortlived series. Even The Rock got in on the action in a movie that I hope he was paid well for as it really had little to do with it’s namesake.

While not as good as Dirty Harry and Death Wish it still holds that seventies flavor if you have a taste for that kind of thing.