Despite the narration factor that I have often been a critic of, there is one major factor that makes Man on a String from director Andre De Toth worth checking […] 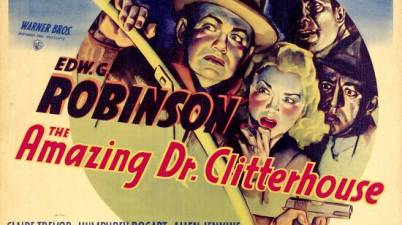 When Edward G. Robinson’s soft spoken scientist catches Humphrey Bogart off guard he is quick to note, “a magnificent specimen of pure viciousness.” That he is but as usual, it’s […]

Once again the teaming of Myrna Loy and William Powell comes up aces. These two pros play off each other so well that it’s no wonder MGM teamed them for […]

Once again Robert Mitchum meets up with Jane Russell in a far off exotic location for more escapades in the Noir genre. Previously they had joined forces under the RKO […]