Having previously directed the box office hit War of the Worlds for Paramount Studios in 1953, Byron Haskin proved the logical choice for the studios’ newest venture into outer space with […] 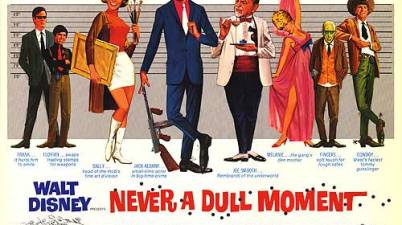 Anytime I have the opportunity to see Henry Silva, Jack Elam and Slim Pickens under the direction of Edward G. Robinson tormenting Dick Van Dyke is what I like to […]

Noted filmmaker George Cukor directed Judy Holiday in a total of four films throughout her all too short career. This was their third effort and was written by Garson Kanin […]