The stunning Sophia Loren teamed with one of my favorite leading men, Anthony Quinn for the third and final time in this odd entry in the career of director George Cukor. […] 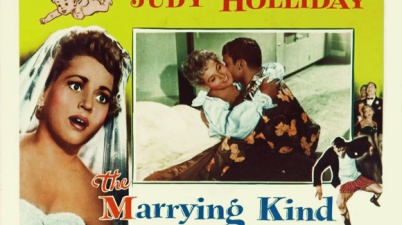 Noted filmmaker George Cukor directed Judy Holiday in a total of four films throughout her all too short career. This was their third effort and was written by Garson Kanin […]