Westerns and Cowboy Stars of The 60 Minute Variety … Part 1

I’ve repeatedly pointed out when pressed that if I could only have one genre to watch and enjoy for the rest of my days, I’d take the western. Yes it’s […]

Is there really a better comedy/horror movie than this combination that joined one of the screen’s great comedy teams with the Universal Monsters of the golden era? With all due […] 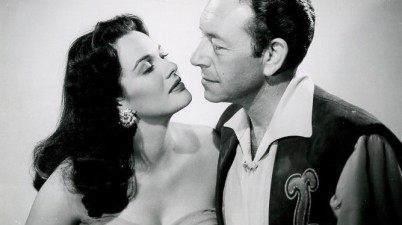 Boris Karloff Posters on his Birthday

When a movie proves to be as successful as the Stephen King/Brian DePalma flick Carrie was upon it’s 1976 release, you can bet that second tier companies like American International […]