Samuel Goldwyn it seems to me always loved to see his name first over all productions he was in charge of and I guess you can’t hold that against him. […]

Errol Flynn in technicolor! Has to be considered a good thing and for this WB extravaganza Errol doesn’t disappoint his fans. Flynn as Don Juan had to seem a like […]

Here is somewhat of a departure for Noir/Western themed actor Stephen McNally. For this Universal International release he gets to ham it up immensely as Count Karl von Bruno who […] 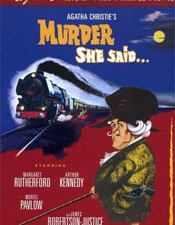 I must confess to have never read an Agatha Christie Miss Marple mystery. Since that is the case I have no preconceived notions of what the character should look or […]